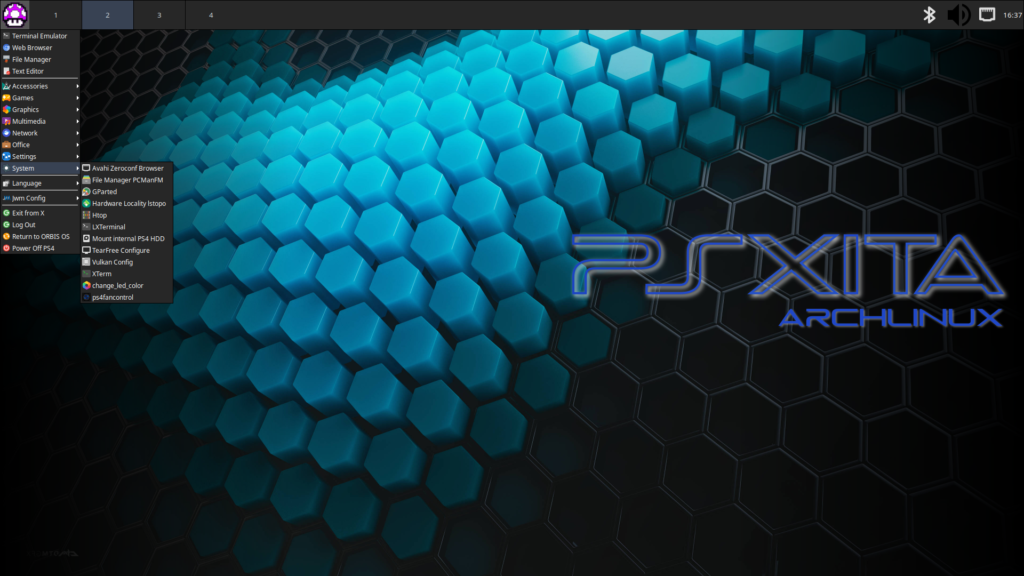 We are happy to present Psxitarch v3, a linux distribution for PS4 designed to be light, fast and low on resources (it occupies less than 370mb of ram)

Before we begin we would like to thank those who supported us on patreon and in fact made the realisation of this distro possible, a big thank you to Zecoxao and Z3R0, thank you guys!
Thanks also to eeply, flavio, jesus who supported us via ko-fi and allowed us to pay for the hosting service.

WHAT YOU WILL FIND IN PSXITARCH V3

The installation is identical to the previous version, do NOT use any other initramfs use the one below (unless you want to install the distro on the internal hd, in that case remeber to copies the edid and the eap key to the distro), as for the bzimage (kernel) take the one you prefer the important thing is that it is not a version lower than 4.15.

WARNING: the USB device you will use for the installation will be completely formatted, all data on it will be deleted!

The distro does not require you to enter your username and password at login, but you will need them in case you want to obtain root permissions:

The problems are the usual known ones, not related to the distro but to the kernel.

* At the time of writing, mesa versions greater than 22.2.0-devel have problems that make Vulkan with the ACO compiler not work, at the moment we have not found a solution, no promises, but we will keep looking into it.

On that note, we would like to sincerely thank zerobou for finding the latest version of mesa working with both compilers and for the patch for PS4 PRO which fixes a problem in the latter (and some earlier versions).

As always we would like to thank and remember all the people who over the years brought linux on PS4 to the level it is today:

Marcan (without him linux on PS4 probably wouldn’t exist), eeply (we won’t have support for PS4 PRO, for PS4 SLIM, audio via HDMI and much more), masterzorag (maybe we’ll still be relegated to radeon drivers), Valeryy (we won’t have support for Baikal), Zer0xFF (no support for internal hdd on Belize), codedwrench (without him no kernel >= 5. 15), Mircoho (he make kernel ports, gentoo based distro and test a lot of stuff), zerobou, hippie, Valentinbreiz, sleirsgoevy, shuffle2, flatz, CelesteBlue and all the people who have been updating video drivers month by month, releasing distros and keeping linux alive. Thank you all!

And big thanks to Pippo (Airart) ;)